Who is Thomas Sowell? 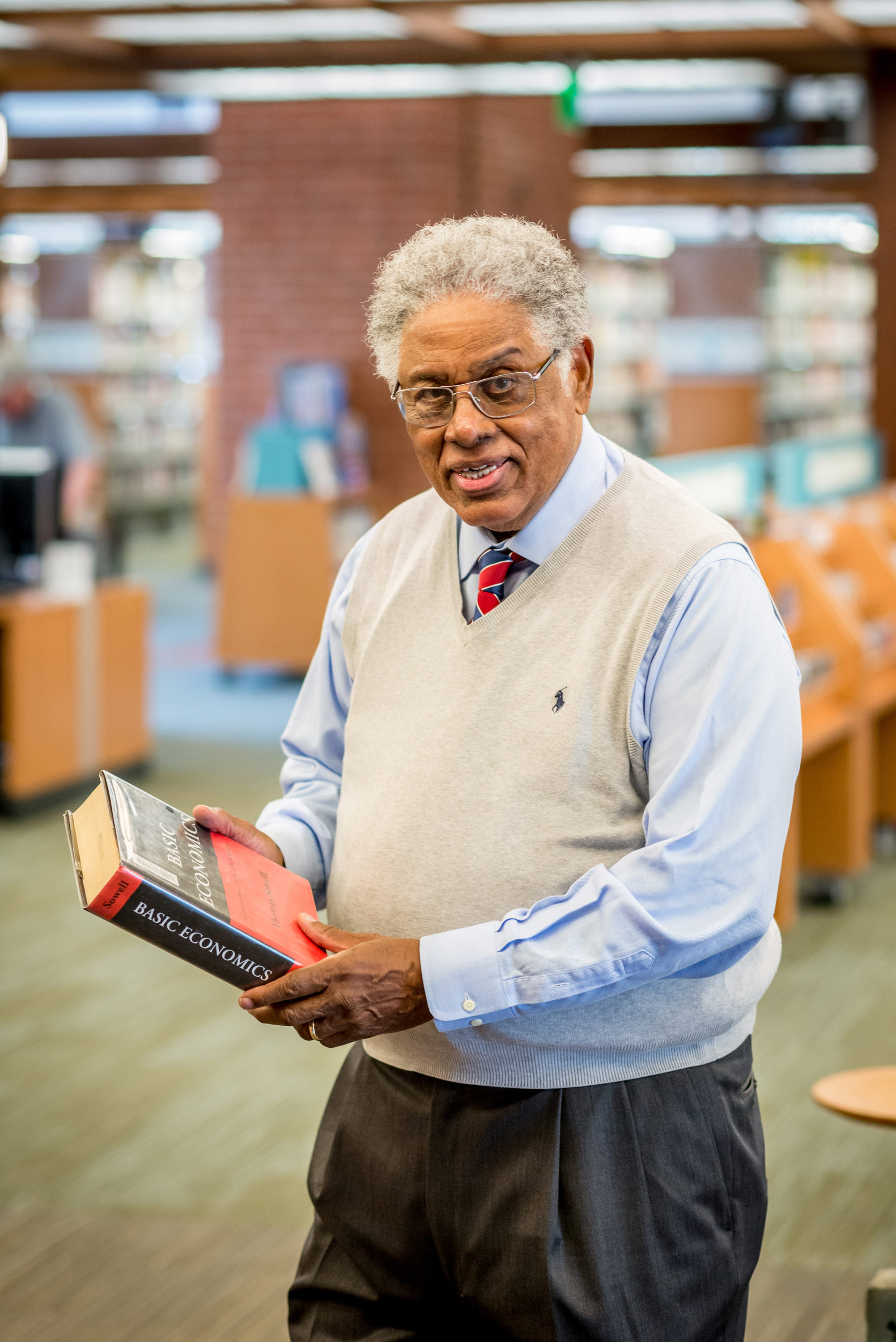 Thomas Sowell is considered by many to be one of the greatest minds of the past half-century. A best-selling author, economist, photographer, syndicated columnist, historian, and academic, Sowell cannot be described by one vocation.

“Measured by his contributions to economics, political theory, and intellectual history, Thomas Sowell ranks among the towering intellects of our time,” said City Journal

‍Sowell began his life’s journey in rural North Carolina. As a young boy, his family migrated to Harlem, NY, where his intellectual hunger and lifelong love of learning were kick-started with an introduction to the Harlem Library and culminated at the esteemed Hoover Institution. Between Harlem and Hoover, Sowell’s intellectual honesty and quest for facts took him into the Marine’s Combat Camera Corps during the Korean War, which instilled a life-long interest in photography, then onto Harvard, Columbia University, and the University of Chicago for his Ph.D. in economics.

He earned positions at top universities as a professor, and for more than three decades, Sowell taught economics at various colleges and universities, including Cornell, Amherst, the University of California at Los Angeles, Howard University, Rutgers, and Brandeis University.

Sowell is the Rose and Milton Friedman Senior Fellow on Public Policy at the Hoover Institution. He was project director at the Urban Institute, 1972-1974, an adjunct scholar of the American Enterprise Institute, 1975-76, and a fellow at the Center for Advanced Study in the Behavioral Sciences at Stanford University, 1976-77.

A prolific writer, Sowell retired from penning a nationally syndicated column after 30 years and has written and published 37 books – so far – on a variety of subjects. He has written about economics, history, social policy, ethnicity, and the history of ideas. His most recent book, Charter Schools and Their Enemies, published on his 90th birthday, addressed the question of why highly successful charter schools should have enemies. His books on economics include The Housing Boom and Bust (2009), Intellectuals and Society (2009), Applied Economics (2009), Economic Facts and Fallacies (2008), Basic Economics (2007), and Affirmative Action Around the World (2004). Other books on economics he has written include Classical Economics Reconsidered (1974), Say’s Law (1972), and Economics: Analysis and Issues (1971). On social policy, he has written Discrimination and Disparities (2018), Knowledge and Decisions (1980), Preferential Policies (1989), Inside American Education (1993), The Vision of the Anointed (1995), Barbarians Inside the Gates (1999), and The Quest for Cosmic Justice (1999). On the history of ideas, he has written Marxism: Philosophy and Economics (1985) and A Conflict of Vision (1987). Sowell also wrote Late-Talking Children (1997) and a monograph on law titled Judicial Activism Reconsidered, published by Hoover Institution Press in 1989. His writings have also appeared in scholarly journals in economics, law, and other fields. Sowell was awarded the National Humanities Medal in 2002. In 2003, he received the Bradley Prize for intellectual achievement.